Author & poet Peter Finch, walked around the outer edges of Cardiff during lockdown, his latest book discusses the significance of borders, their historical and topographical context. Pentyrch has always been a village “on the edge.” We will hear Peter’s view of the experience.

Gone but not forgotten

Thank you for your contributions to fund a permanent memorial to our friend Don who we
lost in 2021.
A bench and plaque have been installed outside Pentyrch Village Hall in his memory.

Pentyrch and District Local History Society was formed by a dozen or so interested persons in March 1993 to record for posterity what is known about local life in past times.  One of our first acts was to produce a book entitled Archive Photographs of Pentyrch, Creigiau and Gwaelodygarth, published by the Chalford Press.  This, in turn, helped to advertise the existence of our society and it began to grow quickly.  We soon had a local membership list that would vary between 70 and 100 and also interest was shown by numerous former residents who now lived in other parts of the world.  Our first meetings were held at the vestry of Horeb Chapel but for years we have gathered at the Pentyrch Village Hall. We meet eight times a year (but not in December, January, July and August).  Over the years we have had hundreds of  different speakers at our meetings which have been attended by an average  of over 40 members.  From time to time we have had trips to places of historical interest –among them:  Cosmeston Medieval Village, Llancaiach House, Rhondda Heritage Centre, Tredegar House, the Stacks Library, Llantrisant Church,  Fonmon Castle and Castell Cyfarthfa.  Some ‘history walks’ have also been held in the locality. 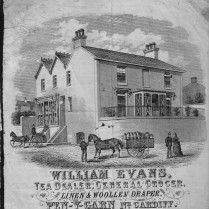 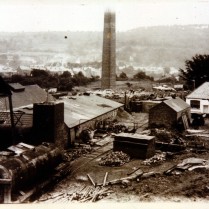